Yanks 3b Gio Urshela Is In The Lineup 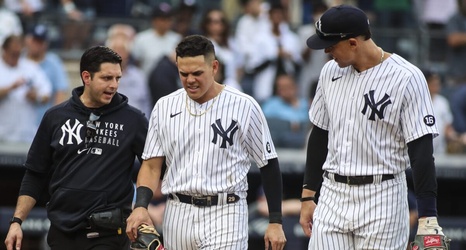 The New York Yankees announced their lineup for Tuesday, and batting seventh will be Gio Urshela.

Urshela bruised his thigh and suffered a cut on his leg after making a spectacular running catch into the Tampa Bay Ray’s dugout on Sunday.

The catch was very reminiscent of a catch Derek Jeter made against the Red Sox in July 2004.