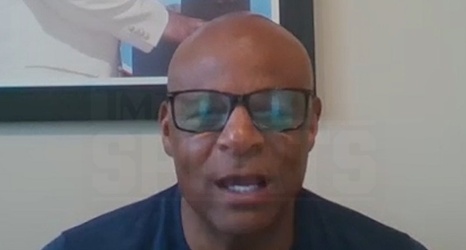 Warren Moon says if the Raiders do sign Colin Kaepernick, the Hall of Famer could see them using the QB in packages similar to ones that Cam Newton and Tim Tebow have had in the past.

Speaking just a day after Kaep completed a workout for Vegas coaches and execs ... Moon told TMZ Sports he didn't see the tryout as some sort of publicity stunt for the Raiders.

Instead, Moon told us because of the way Josh McDaniels has coached Newton and Tebow in special roles at previous stops -- he could see the Raiders head man developing similar dual-threat packages for Kaepernick.