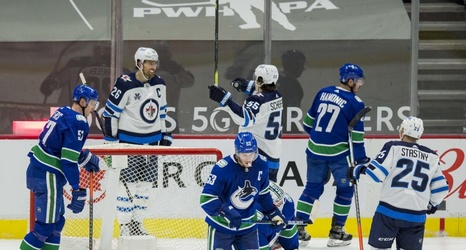 The Vancouver Canucks now have eight players in the COVID protocol, Pierre LeBrun of The Athletic reports. The Canucks have already been shut down until at least Monday, but that may have to be extended if they can’t get any of those eight players to return or if more are added. Those eight players are center Adam Gaudette, left-wing Antoine Roussel, right-wing Zack MacEwen, defensemen Travis Hamonic, Quinn Hughes, Alexander Edler, goaltender Braden Holtby and one unidentified player that is currently on the taxi squad.

The team could probably survive the losses of Gaudette, Roussel, MacEwen, and Holtby, but losing three starting defenders is asking too much.