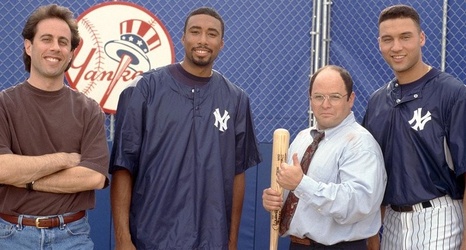 1. The greatest sitcom in the history of sitcoms, Seinfeld, made its NBC debut on July 5, 1989. Yes, Friday will mark THIRTY years since the show launched.

As any Seinfeld viewer knows, sports were always a huge part of the show. Yes, there were many great cameos, from Keith Hernandez to Derek Jeter, but sports were also used to anchor great storylines, from Puddy's face paint to Kramer hitting a golf ball into the ocean. Here, in no particular order, are the 15 best uses of sports during Seinfeld's nine-year run.