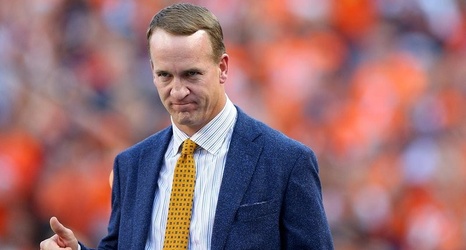 1. The dream of finding the Next Tony Romo continues for ESPN. The Hollywood Reporter reports that network President Jimmy Pitaro and content chief Connor Schell made a trek from Bristol to Denver on March 11 to meet with Peyton Manning about the Monday Night Football analyst gig (which is hardly shocking news) that opened up after Jason Witten returned to the Cowboys.

Jim Miller stated on the SI Media Podcast two weeks ago that ESPN would stick with play-by-pay man Joe Tessitore and analyst Booger McFarland as the team for the 2019 season -- unless it could convince Manning to join the team.