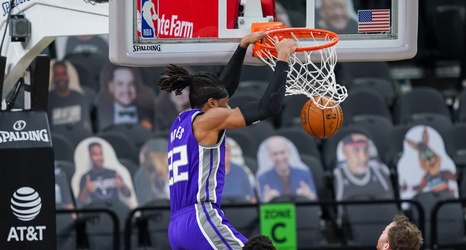 The NBA is offering up another huge slate of basketball on Wednesday. Things get underway with a matinee between the Bucks and the Timberwolves, and then there’s an 11-game main slate starting at 7 p.m. ET.

The matchup between the Wizards and Kings should be one of the most entertaining contests on the slate. The total on that game is currently listed at 241.5 points, and the Wizards are slim two-point favorites. Who has the edge in this projected high-scoring affair?

This game should feature a ton of points. The Kings rank dead last in defensive efficiency this season, and the Wizards aren’t much better at 26th.