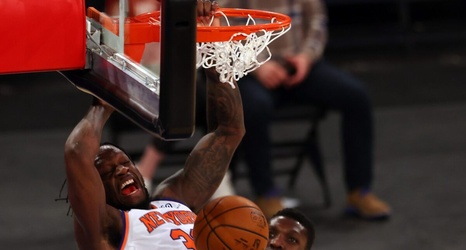 There are nine games on deck for tonight’s NBA card, including two intriguing matchups with the Mavericks hosting the 76ers and the Knicks welcoming the Lakers into Madison Square Garden. Before jumping into today’s slate, let’s recap what transpired in the league on Sunday from a betting perspective.

The dogs were barking loudly on Sundays as they went 8-2 overall and 6-1 on the road. Some of the more notable covers include Detroit as a 13-point underdog on the road against the Clippers, the Spurs winning outright as a six-point away dog against the Mavericks, and the Celtics pummeling the Nuggets in Denver by 18 points as a 3.