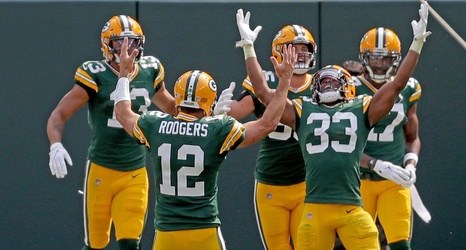 Before we jump into this week, let’s take a look at how we did last Sunday on the Patriots and Seahawks SNF matchup. D.K. Metcalf (+155) and Tyler Lockett (+145) both paid off, scoring touchdowns while Greg Olsen did not see the end zone.

While Cam Newton did score the Patriots’ first offensive touchdown, he didn’t bring in that juicy +1200 by scoring the game’s first major. The former Panther did pay off in our other two recommended best bets, scoring a touchdown (+230), make that two touchdowns (+1800), and was a yard away from scoring his third to pull off the upset comeback in the game’s dying seconds.