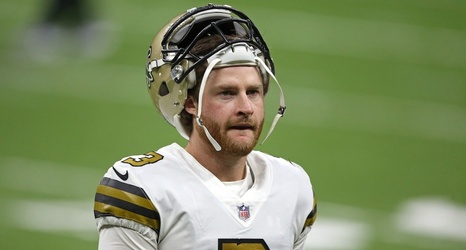 New Orleans Saints kicker Wil Lutz, who was designated to return on Monday night, suffered a setback and will miss the remainder of the 2021 season, per his Twitter.

Lutz suffered a groin injury back in August that has kept him out all season with a potential to return around Week 7 against the Seattle Seahawks. Lutz didn’t end up making his return against the Seahawks on Monday night after suffering a setback during his rehab process. In five seasons with the Saints, the Pro Bowler has made 86.6 percent of his field goals in his NFL career.