Ravens’ Lamar Jackson Back At Practice 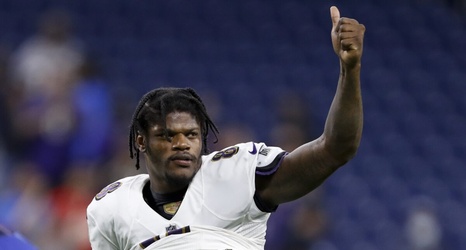 Ravens QB Lamar Jackson (back) has returned to practice after missing Wednesday and Thursday. Baltimore's in Denver on Sunday.

Jackson missed both days of practice on Wednesday and Thursday due to a back injury that he might’ve picked up while somersaulting into the end zone as he scored a touchdown. However, with Jackson back at practice, he should be in line to start on Sunday against the Broncos.