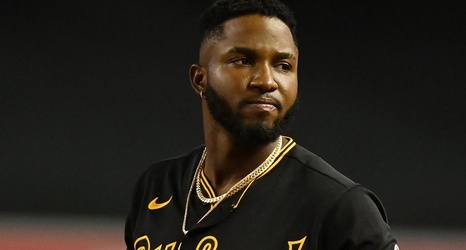 Pittsburgh Pirates infielder Rodolfo Castro has just been hit with a suspension by Major League Baseball ... after his phone made an accidental appearance during a game against the Arizona Diamondbacks.

Jeff Passan of ESPN says the league handed down the one-game ban because Castro "played while having a cell phone in his back pocket."

The 23-year-old -- who's in his second season with the Pirates -- was sliding into third base when the mishap occurred. As Castro slid head-first into the bag, his phone flew out of his left pocket.