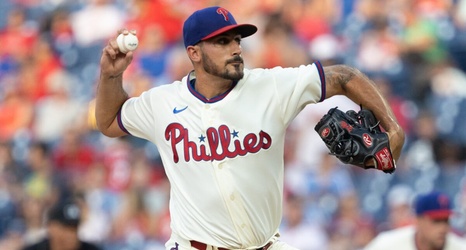 Todd Zolecki of MLB.com reports that Phillies right-hander Zach Eflin will undergo season-ending knee surgery to repair his right patellar tendon. Eflin last pitched on July 16th and was placed in the IL shortly after starting with patellar tendinitis in the knee.

He spent some time rehabbing the knee and was even activated on August 26th but suffered a setback that sent him right back to the IL. The 27-year-old right-hander has dealt with tendinitis in his knees and even had surgery on both of them in 2016.