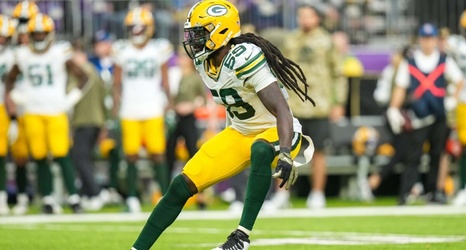 After spending 10 days away from the team’s facility, presumably in the league’s COVID-19 protocols, Green Bay Packers linebacker De’Vondre Campbell returned to practice at the end of the week. That resulted in a questionable designation for the team’s leading tackler leading up to the Packers’ Sunday Night Football matchup against the NFC North rival Chicago Bears.

The Packers confirmed that they would have their defensive leader in the lineup against the Bears ahead of kick-off.

LB De'Vondre Campbell is officially active for the #Packers.