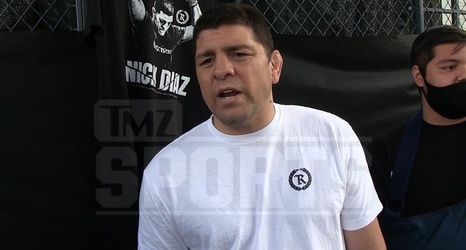 Nick told us he's "focused on my training right now" ... but made it clear he isn't interested in fighting his way up the rankings against fighters looking to make a name for themselves.

"I don't need to go in there and get my ass whooped by one of them young guys anyway, and it's not that I won't win," Nick says, admitting, "It's just I'm not motivated."

It makes sense ... Nick's been in the sport for over two decades, and has shared the Octagon with everyone from Georges St. Pierre, Anderson Silva, BJ Penn, Diego Sanchez, and Robbie Lawler.