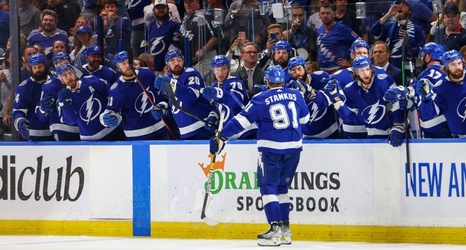 The Tampa Bay Lightning will host Game 6 of the Eastern Conference Finals on Saturday against the New York Rangers from Amalie Arena.

Head to the FanDuel Sportsbook, where you can find all the NHL game props for tonight’s matchup.

The New York Rangers came out ahead 2-0 in this series against the two-time defending Stanley Cup Champion Tampa Bay Lightning. The beast has since awoken from its slumber and is now one win away from making a third straight Stanley Cup Finals appearance.