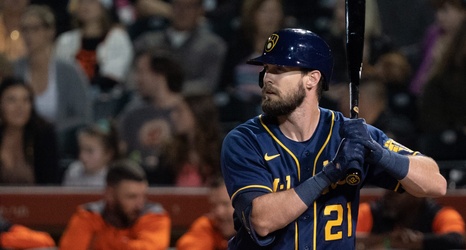 Jesse Dougherty of the Washington Post reported that the Washington Nationals have signed veteran outfielder David Dahl. The Milwaukee Brewers recently released Dahl after hitting .294 in Triple-A this year. Dahl was productive during the first three years of his career with Colorado. However, he had many injuries and only played more than 100 games in one season.

This signing raises speculation of trade talks centering around Washington’s star outfielder Juan Soto. Soto has many suitors, and this signing could be a move to add more depth if he is dealt.

Currently, Soto remains on the Nationals’ roster and will be in the lineup until he is traded.