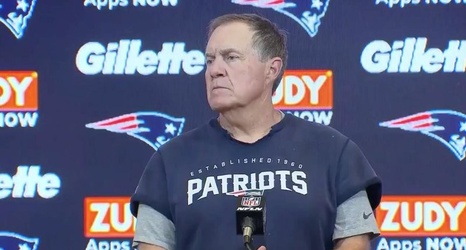 The Patriots didn’t look hungry for more offensive weapons in their 33–3 win over the Steelers, but of course they will be adding one of the most dangerous players in the league—Antonio Brown.

The subtext throughout the thrashing was that Pittsburgh, whose offense sputtered all night long, had been forced to give up Brown. The Steelers reportedly didn’t want to send Brown to the Patriots because they’re one of their biggest rivals. And now New England got AB without having to give up any draft picks. It’s basically a worst case scenario for the Steelers.