Mets Postpone Series Finale WIth Phillies Due To Rain 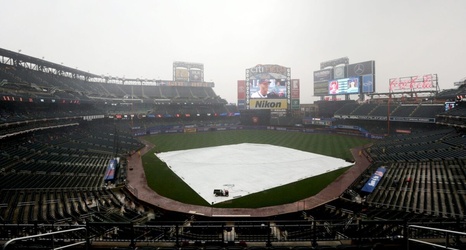 The New York Mets won’t get their chance to sweep the Phillies after rain, and Mother Nature got in the way on Thursday. The team released a statement saying that the game would be postponed and made up as part of a doubleheader on June 25th at 4:10 p.m. ET.

It was supposed to be Jacob DeGrom’s scheduled turn in the rotation, but the Mets will advance him to pitch in the opener of their series with the Rockies that starts on Friday.

This recent postponement was the second of the series against the Phillies, which necessitated a doubleheader for both teams on Tuesday.