Jimmy Butler Out Versus Bucks 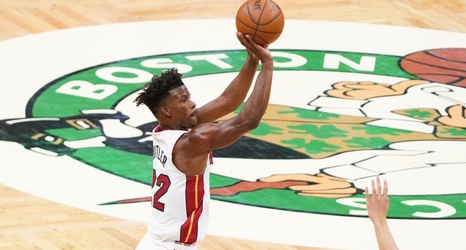 Jimmy Butler was a game-time decision leading up to the Miami Heat’s encounter with the Milwaukee Bucks, and it appears that he will be held out for the second time in six games with a back injury. We’ll find Nemanja Bjelica starting in place of Butler against the Bucks.

Butler has been a big part of the Heat’s success this season, ranking second on the team in usage and first in win shares, per Basketball-Reference. The 21.5 points per game that he’s averaging is Butler’s highest total since the 2017-18 season.

Bjelica has appeared in only nine games for the Heat this season, without a start, and is averaging 10.