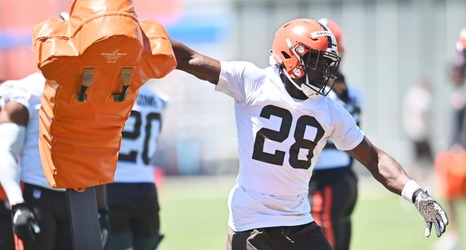 It’s unclear when it happened, but Cleveland Browns weakside inside linebacker Jeremiah Owusu-Koramoah suffered a throat contusion in their loss to the Los Angeles Chargers on Sunday. Owusu-Koramoah recorded four tackles and one forced fumble in the loss but had to be taken to the hospital after the game to address the injury.

The rooking linebacker has started four of five games for the Browns, accumulating 21 tackles, three pass deflections, one forced fumble, and 0.5 sacks. Owusu-Koramoah has split snaps with Mack Wilson this season. Wilson could be in for his second start of the season if Owusu-Koramoah is expected to miss time with the injury.