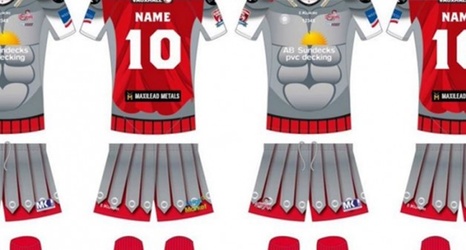 Oh good — for a minute there I thought these were going to look silly.

The Leigh Centurions, a Rugby League team which plays in England, leads the Kingstone Press Championship by 15 points – which means that they’re pretty much the lats word in rugby in Britain right now. But does a bad-ass rugby team become less bad-ass when they were a uniform like this?

Leigh Centurions Summer Bash kit revealed in its entirety. And yes, those are the shorts. #leighrl #rugbyleague pic.twitter.com/ylIggzZGrT

The Centurions just unveiled their kit for the Summer Bash.