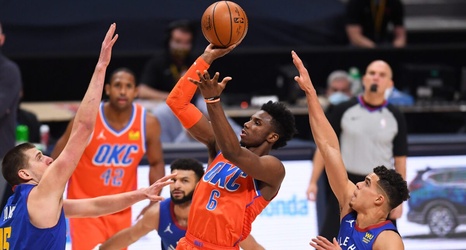 After missing the last month with a groin injury, Hamidou Diallo is probable to make his debut with the Detroit Pistons on Friday night. The Pistons acquired Diallo in a trade for Sviatoslav Mykhailiuk and a second-round pick on March 13.

Before the trade, Diallo was primarily used in a reserve role for the Oklahoma City Thunder, but he figures to move into the Pistons’ starting shooting guard role. Diallo is having a career year, setting benchmarks across the board. Points, rebounds, assists, blocks, field goal percentage, three-point percentage, effective field goal percentage, and minutes are all career highs.