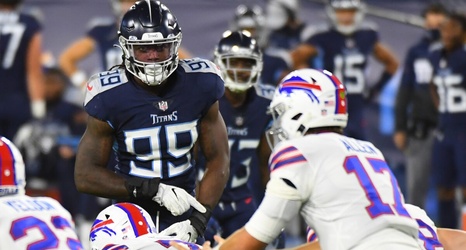 The NFL’s free agency period started almost four weeks ago, and Jadeveon Clowney remains without a contract. The Cleveland Browns hosted Clowney for a visit at the end of March and are once again working on inviting the veteran pass rusher for a visit in an attempt to lure him to the AFC North.

Clowney played eight games for the Tennessee Titans last season, compiling 19 tackles, four passes defended, and one forced fumble. His season was cut short due to a knee injury that forced him onto the Injured Reserve after Week 10. Clowney appeared in three Pro Bowls from 2016-18 but has had consecutive down years, which has diminished his value on the free-agent market.