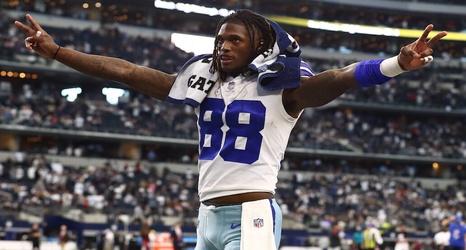 Status of #Cowboys WR CeeDee Lamb for today’s game against the #Raiders remains undetermined. While team has been optimistic, the decision is not entirely in its control. NFL requires players clear a 5-step concussion protocol. Final evaluation comes from independent neurologist.

ESPN’s Ed Werder reports CeeDee Lamb‘s status remains undetermined for the Cowboys’ game against the Raiders. Lamb suffered a concussion against the Chiefs on Sunday and has been listed as questionable for the Thanksgiving Day game. However, the team and its coaches have been optimistic that Lamb would pass the NFL’s concussion protocol despite the short week.