CeeDee Lamb Ruled Out vs. Chiefs With Concussion 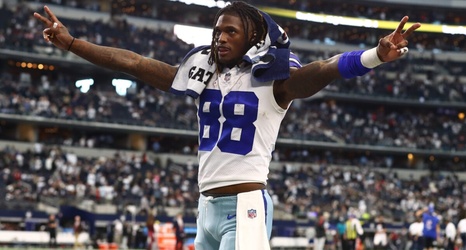 The Dallas Cowboys will have to dig themselves out of a second-half deficit against the Kansas City Chiefs without their leading receiver. CeeDee Lamb will miss the remainder of the game as he is evaluated for a concussion.

Lamb appeared to suffer in the injury on an interception play that he was targeted on to end the second half. Dak Prescott underthrew Lamb, forcing the receiver to make a play on the cornerback, slamming his head on the turf.

The Cowboys’ second-year receiver had a quiet game before being forced out, hauling in three of four targets for 14 yards.