Bryce Harper Back in Lineup for Philadelphia Phillies 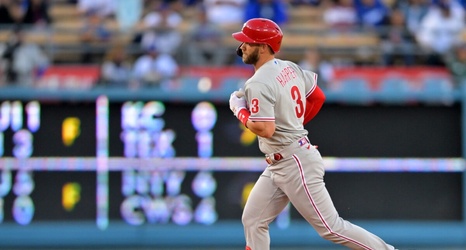 Bryce Harper will return to the lineup for the Philadelphia Phillies on Saturday, BaseballPress.com reports.

Harper has missed the last five games for the Phillies after receiving a PRP injection last weekend for the UCL strain in his right elbow. Harper wasn’t able to play until the soreness subsided, which usually takes a day or two, but in this case, it cost Harper five games. Harper will bat third and be the designated hitter Saturday.

It has already been announced that Harper won’t be able to play the field until maybe July due to the injury.