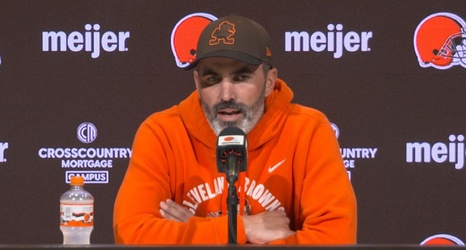 Browns head coach Kevin Stefanski says there's still a chance Myles Garrett could play on Sunday against the Falcons ... this despite the Cleveland star being involved in a wild rollover crash on Monday.

Of course, there's still a very good chance Garrett could sit out the game ... but Stefanski told reporters Wednesday, "I'm not ruling anybody out on Wednesday."

"We'll kind of do what we always do," Stefanski said, "which is take in information every single day."

Garrett suffered a shoulder sprain and a bicep strain when he flipped his Porsche 911 Turbo S in Sharon Township, Ohio a few hours after Cleveland's workout on Monday.