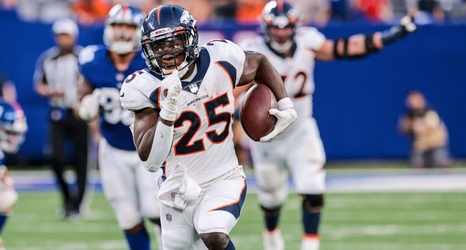 Denver Broncos running back Melvin Gordon was limited in practice for the second straight day on Friday with a hip injury, per 9 News’s Mike Klis.

Gordon has been listed as questionable but is yet to miss any time this season. The seven-year veteran has spent the season splitting touches with rookie backfield mate Javonte Williams and has accrued 378 yards and two touchdowns on 70 touches in five games this year.

A lower leg injury that has been reported earlier this season as well as this hip issue keeps Gordon’s status up in the air and likely a game-time decision on Sunday.