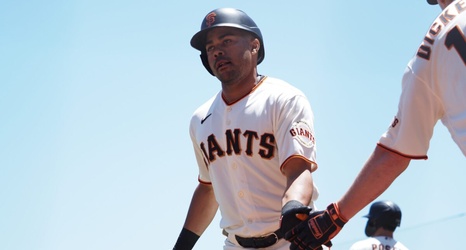 Alex Dickerson landed on the IL with an upper back strain. Matt Wisler was DFA'd.

Sammy Long and Jimmie Sherfy are on the roster.

Dickerson was forced to exit Tuesday’s game vs. the Rangers due to back tightness, and after the game, manager Gabe Kapler told reporters after the game that the issue isn’t serious. That said, Dickerson was placed on the 10-day IL on Wednesday. He’ll join Mike Yastrezmski on the sidelines, which leaves the team without two of their top left-handed hitters. Evan Longoria is also on the IL, so the team is thinner than usual in the infield.