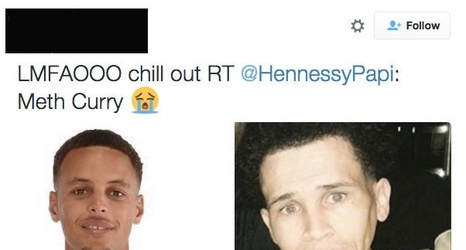 Mitchell told BuzzFeed that he was diagnosed in 2005 at the age of 20 and described his diagnosis as a type of “head and neck cancer.”

2. In December of 2015, people began using a photo of Mitchell on social media with the caption “Meth Curry,” and an unpleasant meme was born.

3. The meme materialized after people compared Mitchell’s thin neck area with the frail frame of longtime users of methamphetamine, and his resemblance to basketball player Stephen Curry.