A California Racetrack Is Shutting Down "Indefinitely" After 21 Horses Died 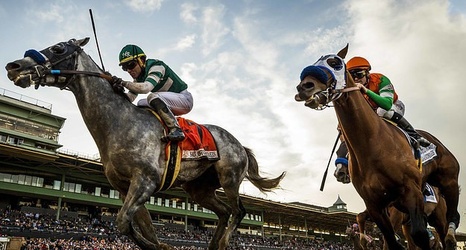 Santa Anita Park will shut down indefinitely after 21 horses died at the storied Southern California venue in the last 10 weeks, the park confirmed Tuesday, putting all races and training on hold until a thorough inspection of the track can be made.

The unprecedented announcement came after Lets Light the Way, a 4-year-old filly, was injured Tuesday during a training run and euthanized. The sudden spike of deaths has sparked protests outside the park and concern from the state's horse racing governing board.

The decision means the track will postpone the Santa Anita Handicap race that was scheduled for Saturday, and no training will be allowed Wednesday as the park looks to address nearly two dozen horse deaths since Dec.