A Brief History of the Battle of Alberta 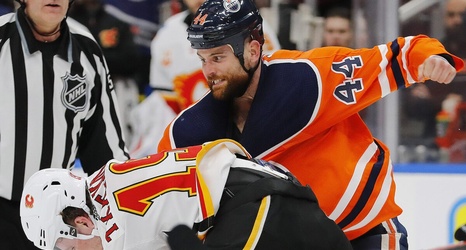 When history reflects on the greatest rivalries in all of sports, the Battle of Alberta ranks near the top of the list.

Steve Smith putting one in his own net, ending the Edmonton Oilers playoffs in 1986. Matthew Tkachuk manhandling Connor McDavid and Zack Kassian and turtling before answering the bell against Kassian in the next game. Craig MacTavish ripping out Harvey the Hound’s tongue. Mike Smith punching Cam Talbot in the face after a line brawl broke out on Calgary’s end. Esa Tikkanen sniping a series-clinching goal in overtime of Game 7 the last time these teams met in the playoffs.