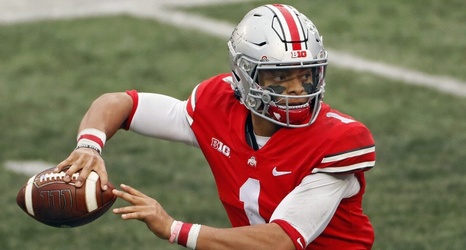 The 49ers made a splash by trading up for the No. 3 overall pick in the upcoming NFL Draft, and they will almost assuredly take a quarterback with that selection. That said, which quarterback they will be taking is still up in the air. The Jaguars and Jets are expected to select Trevor Lawrence and Zach Wilson with the top two picks, which leaves the 49ers with a choice between Mac Jones, Fields, and Lance when they’re on the clock.

Jones has emerged as the favorite for that spot — he’s currently -300 to be drafted third overall on FanDuel Sportsbook — but the 49ers are still doing their due diligence on the other potential quarterbacks.