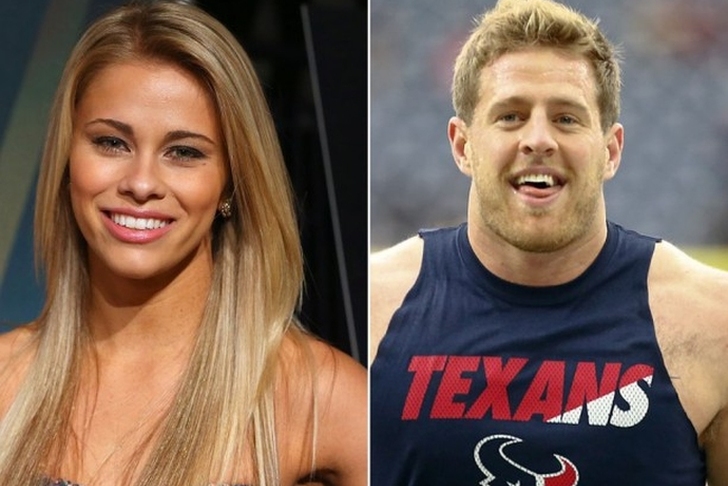 Houston Texans star J.J. Watt has a new love interest, according to Terez Owens, and she's much more than just a pretty face.

Watt is reportedly taken with fellow Reebok-sponsored athlete Paige VanZant. The multitalented UFC fighter is 3-1 inside the Octagon, and one of the favorites to win this season's Dancing With The Stars reality show. Her most recent performance, a mixed martial arts-themed routine, captured the hearts of fans watching all over the country.

But has she captured the heart of the three-time NFL Defensive Player of the Year? The report states that Watt is "flying out to L.A. to spend time with her." Back in September, Watt called his dating life "unsuccessful," but he's clearly doing well for himself is the rumor is true.

But don't take our word for it. Check out these pictures of the 22-year-old cage fighter for yourself.