Why the Nationals are better than fine without Bryce Harper 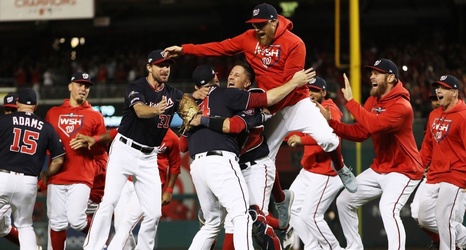 Seven months ago, I boldly declared that the Washington Nationals would be just fine, thanks, without Bryce Harper. It turns out they were more than fine.

After missing the playoffs in 2018, Harper's final campaign in D.C., the Nats got back to the postseason for the fifth time in the past eight years. What's more, they toppled the mighty Dodgers to win their first playoff series ever. And steamrolled the Cardinals to win the NL pennant. Moral of the story? There is, in fact, life after Bryce.

Here are five reasons Washington has been able to move on -- and thrive -- without its former franchise face: