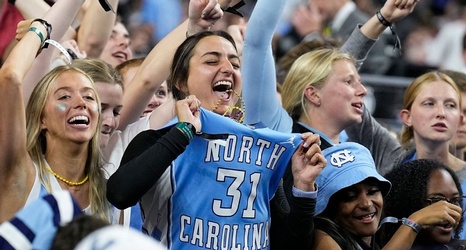 NEW ORLEANS -- One could make the argument that no game in college basketball history featured the pregame hype of Saturday night's Duke vs. North Carolina Final Four contest.

Given the historic ramifications of the first NCAA tournament game in the sport's greatest rivalry -- a spot in the title game at stake, potentially Mike Krzyzewski's final game -- it was always going to be difficult to match the incredible pregame buzz leading up to the contest.

As the Duke-Carolina rivalry tends to do, however, it answered the bell.

In one of the best environments the sport has seen, North Carolina edged Duke, 81-77, advancing to face Kansas in Monday night's national championship game.