NBA playoffs 2022: Why these Brooklyn Nets were the greatest team that never was 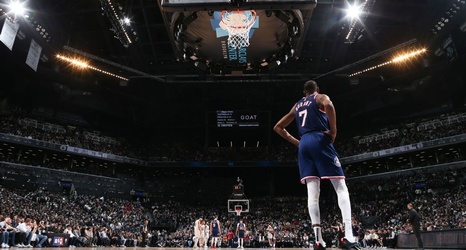 Mike D'Antoni was watching the Brooklyn Nets' season-ending loss to the Boston Celtics Monday night from his living room in Austin, Texas, a world away from the drama his protégé, Nets coach Steve Nash, had just lived through.

A year ago, D'Antoni had been on the Nets bench alongside Nash as the two-time MVP coached what will go down as one of the greatest teams that never was to within a shoe size of the Eastern Conference finals.

Nine years ago D'Antoni had been on the Los Angeles Lakers' bench for another notoriously star-crossed season, when Nash, Kobe Bryant, Paul Gasol and Dwight Howard flopped their way to a first-round sweep.