NBA playoffs 2021: Khris Middleton and the Milwaukee Bucks have a dimension the Atlanta Hawks can't reach 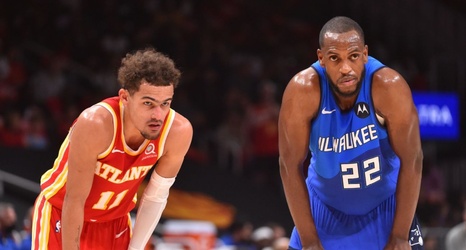 The first 3-pointer came from basically nothing, a simple flare on the right wing where Milwaukee Bucks' forward Khris Middleton caught the ball in isolation, jab stepped a couple of times, held the ball to wait for a dummy screen, then jab stepped again.

There was enough space to pull, and Middleton let fly his patented set-shot jumper, cutting the Atlanta Hawks' lead to four with 7:12 remaining in Sunday's Game 3 of the Eastern Conference finals.

It came a little more than a minute after Trae Young walked off the Hawks bench and back into the game, stifling a grimace because of a sore right ankle from a freak tweak after he stepped on referee Sean Wright's foot late in the third quarter.