Diaz, Rays power past A's into matchup with mighty Astros 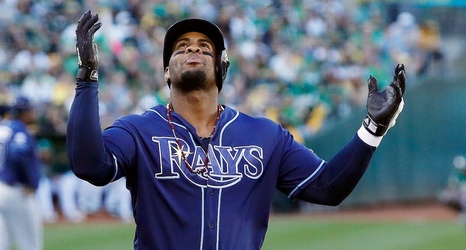 OAKLAND, Calif. -- Tampa Bay Rays first baseman Yandy Diaz is known for two things: his outsize muscles and exceptional ability to hit. His combination of both in the American League wild-card game helped propel the Rays into the division series.

Playing in only his second game since July, Diaz led off the game with a home run and followed with another two innings later, pacing the Rays' homer-happy attack in a 5-1 victory over the Oakland A's on Wednesday. Tampa Bay will face the Houston Astros, the best team in baseball this season, starting Friday in the best-of-five division series.