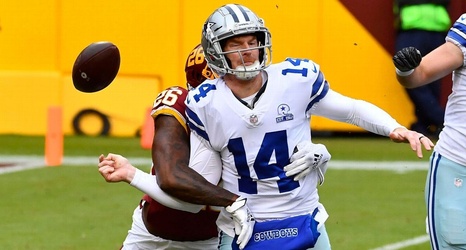 The Dallas Cowboys have downgraded quarterback Andy Dalton to out for Sunday night's game in Philadelphia.

Dalton, who had been listed as doubtful, left last Sunday's game against Washington with what was later diagnosed as a concussion, following a hard hit while the quarterback was sliding.

DiNucci will get the start against the Eagles, with Garrett Gilbert serving as his backup. Dallas signed Gilbert off the Cleveland Browns' practice squad on Oct.