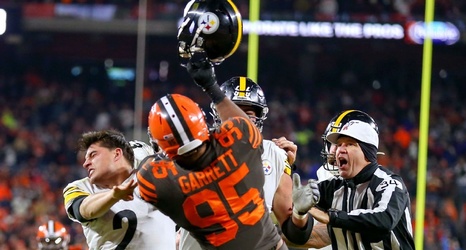 In addition, Steelers lineman Maurkice Pouncey has been suspended three games and Browns lineman Larry Ogunjobi for one game.

Rudolph has been banned for the remainder of the regular season and postseason, the NFL said. He also must meet with the commissioner's office prior to being reinstated next season.

All three players have been fined.

The Steelers and Browns organizations have also been fined $250,000 each.