What we’re watching in RSL vs. LA Galaxy, 2021 preseason edition 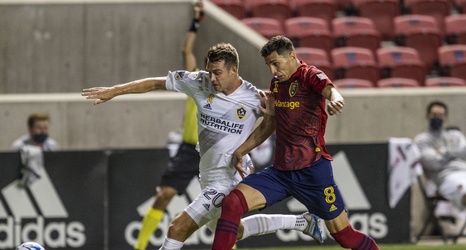 Before we take on teams from Los Angeles repeatedly during the 2021 season, we’re getting a bit of a warmup today: It’s Real Salt Lake vs. LA Galaxy, 2021 preseason edition.

The match is the final one in RSL’s preseason schedule, which has included an unstreamed match against Phoenix Rising, a duo of matches against Sacramento Republic, and a 3-0 win over Colorado Rapids.

Between July 3 and Aug. 4, will travel to and host both LA Galaxy and LAFC, giving the team four matches in seven against Los Angeles-based opponents. It’s a bit weird, if we’re being honest.