What we’re watching in Real Salt Lake vs. Houston Dynamo 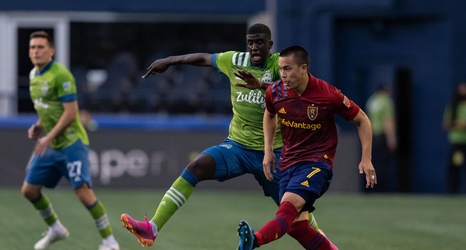 Real Salt Lake host the Houston Dynamo tonight at Rio Tinto Stadium. The Dynamo are coming off of two draws and a loss in their last three games, but sit one place and two points above RSL in the western conference. RSL will have seen a few good things in their last game despite having fallen late.

USMNT striker Robert Wood made is Real Salt Lake debut against Seattle on Wednesday. While the team did give up a goal during his time on the field, it felt like RSL was much more dangerous when Wood and Rubin were playing along side one another.