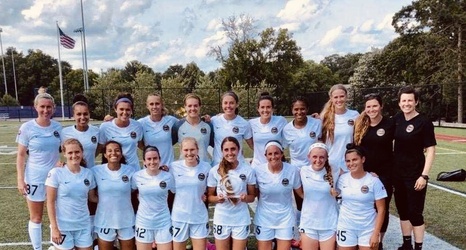 The first playoff wins in team history came on back-to-back days, beginning with a 2-0 win in the region semifinal on Saturday over Fire & Ice SC. Team scoring leader Hailey North struck first for the Reserves, heading in a cross from Cameron Tucker in the 52nd minute. Tucker would score herself in the 59th after a nice ball out of the back found Elise Flake with space on the left, taking the ball to the end line before sending the low cross to a cutting Tucker for the tap in.