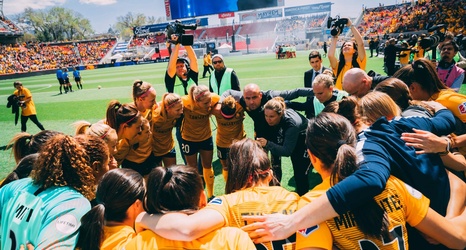 On November 16, 2017, RSL announced that it had acquired a franchise in the NWSL. Four days later, FC Kansas City ceased operations, and all player rights from FCKC would be inherited by the Utah expansion team for the 2018 season. On December 1, 2017, NWSL fans and Utah soccer fans checked their phones and saw this tweet.

Dawn of a new era. https://t.co/1dtAfqVVwD

A new era was starting in the NWSL as Utah Royals FC was officially launched with the announcements of its team name, branding, season tickets for home games at Rio Tinto Stadium, and social media.