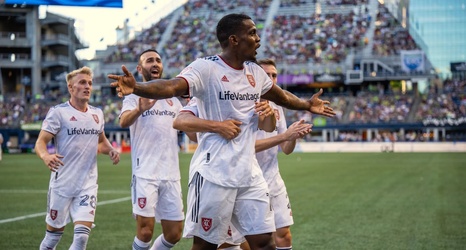 12’ — Raul Ruidiaz scored what appeared to be an opener for Seattle, but a player (I don’t know who — I heard multiple names and don’t remember which was the last one) was in an offside position on the play. Lucky for RSL, too, because their defending was incredibly bad on the play. (OK, it was Roldan offside on a Lodeiro pass.)

Seattle 0-1 RSL | 32’ — Sergio Cordova scores the opening salvo with an incredible solo counter attack sprung by Jefferson Savarino. Cordova’s first shot was weak, tame, and probably caught Stefan Frei out with it being as poorly taken as it was.