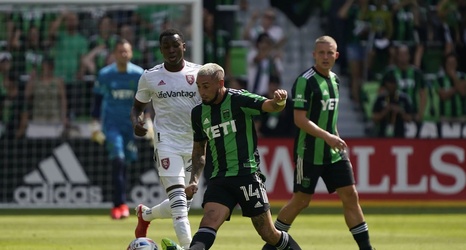 Austin FC opened the scoreline up while also opening up RSL’s defense, with players caught to and fro as Cecilo Dominguez scored in the 17th minute, capitalizing on a shot parried away by RSL goalkeeper David Ochoa.

The second half opened much as the first half progressed: RSL looked generally flat, giving up the majority of chances and looking defensively unstable.

It was in that way that Real Salt Lake conceded their second goal of the night in the 55th minute — coming, no less, from a throw-in in the attacking half. A very nice lob over the top for Austin’s Diego Fagundez sent him one-on-two with Justen Glad and Erik Holt, and a simple pass for Dominguez gave Austin a 2-0 lead.