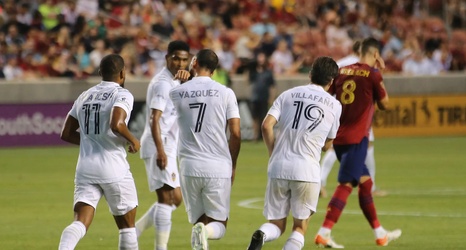 Real Salt Lake surrendered a first-half, two-goal lead against LA Galaxy, drawing at home against an away side that had just lost to Vancouver Whitecaps in the same stadium.

The ninth minute saw RSL score the game’s opener when Albert Rusnak finished a smart spell of possession for RSL, finishing a shot from inside the box with a outstretched foot from an Aaron Herrera endline cut-back. It was a well-taken finish from Rusnak, who acted instinctively — earning his first run-of-play goal on the season.

Moments later, Damir Kreilach tried to replicate the play with Maikel Chang as provider, but the audacious effort to go up 2-0 was stopped.