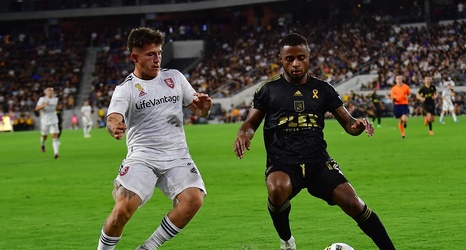 Real Salt Lake were never truly at the races against LAFC tonight, with the home team proving the better side in a 2-0 match that kept them in competition for the 2022 Supporters Shield, stopping a three-game skid in which they lost to Houston Dynamo and San Jose Earthquakes.

That RSL wasn’t able to put it together in a meaningful way was perhaps not surprising, given the gulf between the two sides. With just one shot taken before LAFC scored, RSL took a defensive stance in the first half. For 45 minutes, it worked, but a 49th-minute goal from Ryan Hollingshead, capitalizing on dismal communication from Zac MacMath and Marcelo Silva, forced a change of plans.