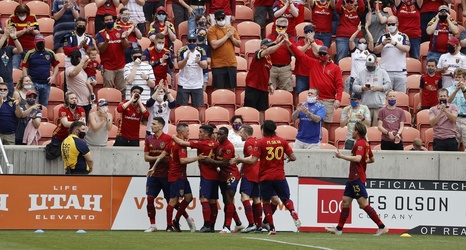 With a half-full stadium for the first time in over a year, Real Salt Lake rocketed to unexpected success against long-time rivals Sporting Kansas City.

After a rocky start to the first half, in which Alan Pulido opened the scoring for Kansas City, Rubio Rubin, Damir Kreilach and Andrew Brody — of all people — turned the match completely on its head, lifting RSL to a 3-1 victory.

Sporting Kansas City opened the scoring early in the first half, netting a 17th minute Alan Pulido goal following a wasteful turnover in the midfield from Real Salt Lake.